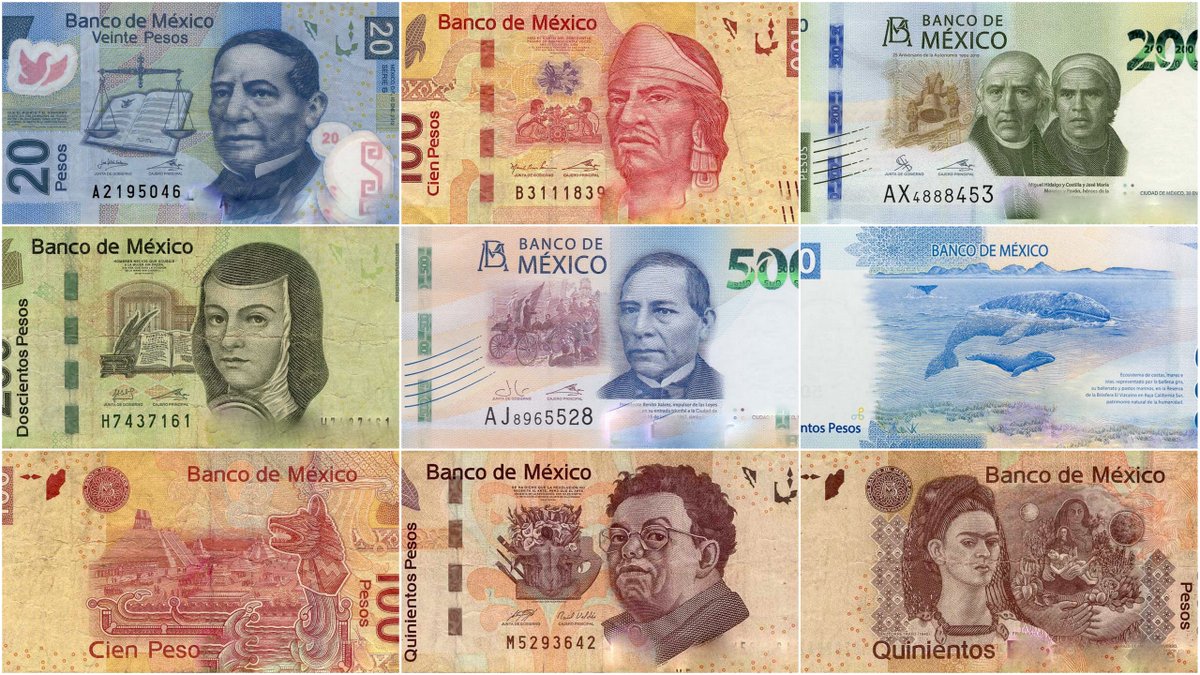 The peso is the national currency and is the official payment method in Puerto Vallarta, U.S. dollars are accepted in most important businesses in the city as long as purchases are not too big (under 100 dollars), you’ll receive any difference in pesos at the rate the business has established (normally on a sign, if not, ask).

Major credit cards are also accepted in most establishments, these are mainly Mastercard, and Visa, some accept American Express, Diners, and others.

Universal ATMs are widely available for cash withdrawals at the current exchange rate. Visitors can access ATMs in several systems such as VISA, MC, Cirrus, and PLUS. Most ATMs have menus in English. The ATMs only dispense currency in pesos. Notice:
The 1000 peso bill is the highest denomination. Coins are not shown in the right proportion. Review the official notes in circulation here Notice:
These are the official coins (20, 10, and 5 cent coins not included, they’ll be out of circulation soon) and bills.

ATMs have become the preferred choice for money exchange when traveling and are the most common method now. The rates you get are better than money exchange booths, traveller’s checks, and banks. Read more on AMTs, fees and where they are.

You can change money at a convenient “Casa de Cambio” (Money Exchange). These are money exchangers that are open long hours and provide quick service. Expect a slightly lower rate for traveller’s checks.

OFFICIAL STATEMENT: “Mexico Banking System Cap on Exchange of Dollars for Pesos: In order to regulate the number of dollars entering the Mexican banking system, beginning September 14, 2010, the Mexican government will cap the number of dollars foreigners can exchange for pesos in Banks & Money Exchange Establishments to no more than US$1,500 per month.  The measure WILL NOT AFFECT purchases made with credit cards or debit cards in Mexico.  The measure WILL NOT AFFECT the amount of cash (in Mexican pesos) an international tourist can withdraw from an ATM machine on a daily or monthly basis.  It is recommended that all travelers bring Mexican pesos as well as their credit and/or debit cards to minimize any inconvenience the exchange cap at banks may cause.”

Although dollars are widely accepted in resort areas, we recommend using pesos during your stay. Hotels can also exchange dollars, but these normally give you low rates, use them as your last resort (pun not intended).

Most Mexican banks have stopped exchanging dollars to pesos unless you have an account with them, rendering them useless for travelers. If you do find one that exchanges dollars bring your passport along, there are also limits to how much you can cash, $300/day and $1500/month is the norm.

There’s usually no commission added on exchanges, but do ask beforehand to avoid any surprises. In any case, they adjust rates to give them a commission anyway, all financial institutions never waste an opportunity to fleece us.

For the current exchange rate (reference only) use the following link:
Currency Conversion on Yahoo.com!

So as a summary: